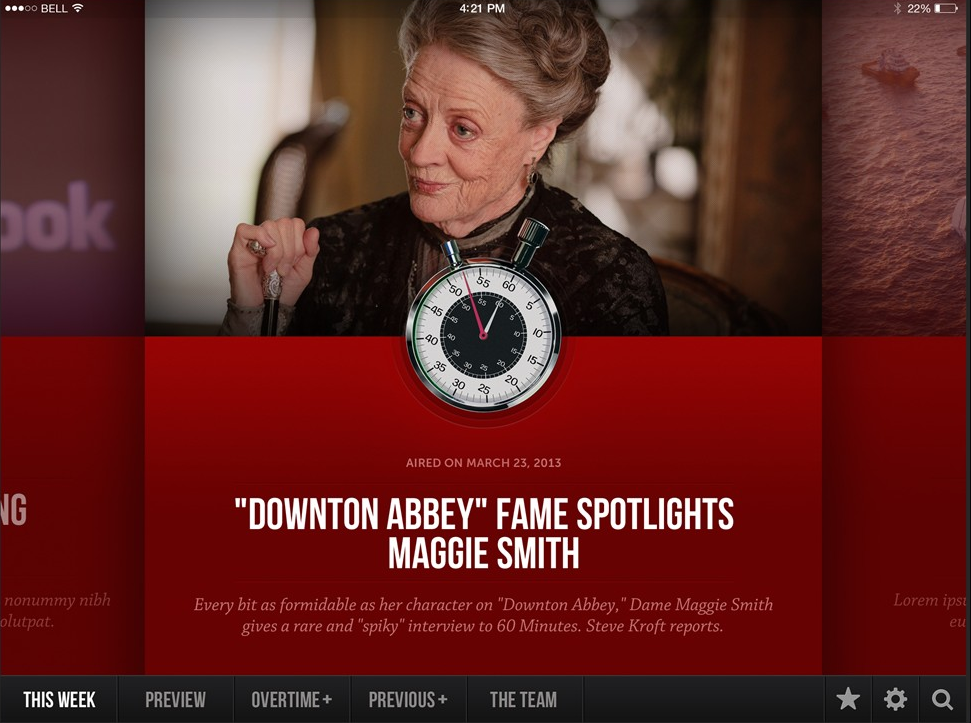 Since 2010, I have lead the team of developers who create 60 Minutes for iPad and iPhone.  In addition to working as the technical product manager on this project, I have written framework level code that powers nearly every screen of this app. The 60 Minutes television show has won more Emmy Awards than any other primetime broadcast, including a special Lifetime Achievement Emmy, and  I am extremely proud to have had a lead role in bringing this product to life with CBS Interactive.

Also, On the iOS development team for 60 Minutes iOS is Steven Pautler and Phil Nelson.  Phil earned his Ph.D. in Computer Science from the University of Washington.  He was one of my Computer Science professors at Western Washington University where Steven and I did our undergrad work in CS.  It was a great pleasure to build this app with Phil and Steve.  Phil joins our iOS dev team during some summers as a way to stay fresh for the Mobile Development courses that he now teaches at WWU.

After launching 60 Minutes on iPad here is what Conan O’Brient had to say:

We all had a good laugh, because there was no shortage of users wanting to buy 60 Minutes for the iPad, regardless of their purported old age.